Frontier Airlines continues to expand their international footprint, with hopes that travelers will begin flying as the COVID-19 vaccine is distributed. Out of Las Vegas, the airline will add routes to six new cities, including Cabo San Lucas and Puerto Vallarta. 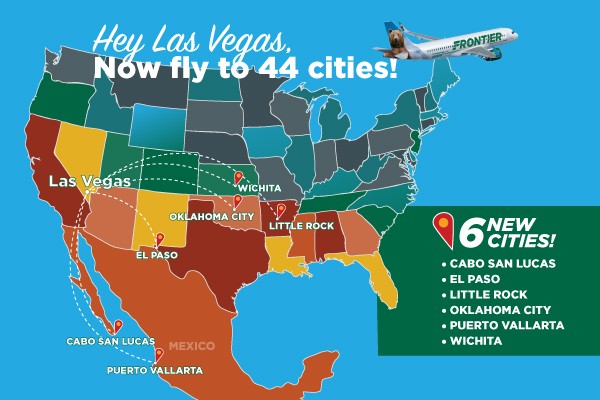 The new service is in addition to their previously announced international expansion through Miami. By April 13, 2021, Frontier will offer those flying through the Florida hub access to three additional Caribbean destinations, including Guatemala City, San Salvador and Santo Domingo.

The major route expansion for Frontier comes off the heels of their latest moves to try and attract flyers with elite status at other U.S.-based carriers. In November, the airline announced a $49 status match offer, which would grant either Silver or Gold status in the Frontier Miles program to those with similar standing at another airline.